The ‘Beagle Bill’ is signed into law by Governor Baker, marking a ‘saving moment’ for thousands of dogs and cats used in research in Massachusetts 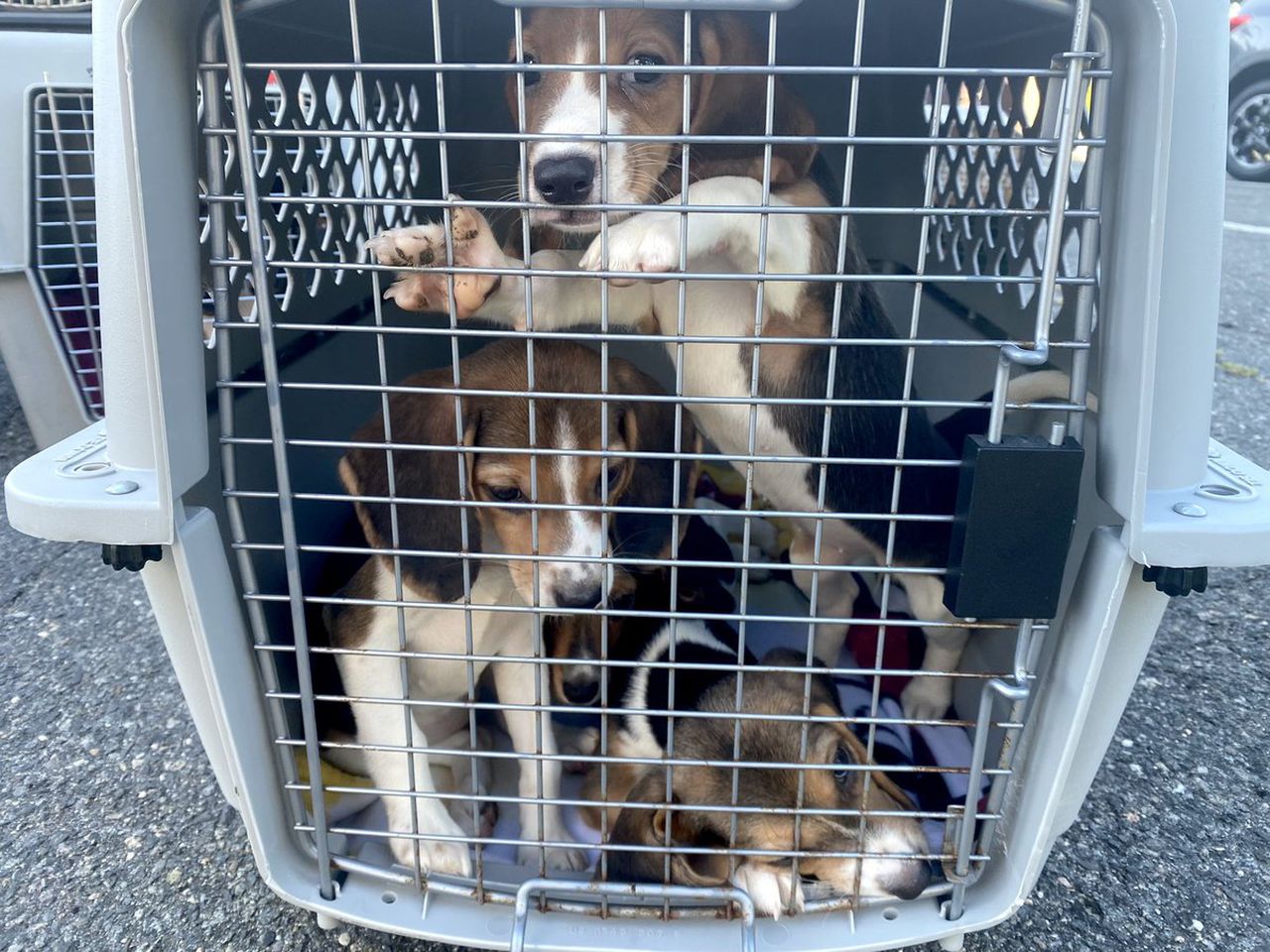 A bipartisan bill dubbed the ‘Beagle Bill’ was signed into law by Governor Charlie Baker on Thursday – a law that will require animal research and testing facilities in Massachusetts that use dogs and cats to offer healthy animals to adopt once their time in research has ended.

Bill H. 901, a research animal protection law, was already signed into law by both houses at the State House in July before going to the governor for approval.

Now, Massachusetts joins a dozen other states, including Connecticut, Rhode Island and New York, with similar laws that go beyond federal regulations for the treatment of laboratory animals after research, according to the MSPCA- Angell – whose advocacy department lobbied extensively for the bill’s passage, with a spokesperson saying the group couldn’t “be happier” with the outcome.

The signing of the bill marks a “saving moment” for the nearly 9,000 dogs used in research in Massachusetts, most of whom are beagles, according to Rob Halpin, executive director of communications for the MSPCA-Angell.

He added that “more often than not” these dogs face euthanasia once their research time is over – a practice this law will change.

Under current federal law, the care and use of research animals in laboratories is regulated, but protections are not extended beyond the termination of research, with the exception of euthanasia without cruelty – leaving the possibility that otherwise healthy dogs and cats, animals that can be given a second chapter in their lives as pets, would instead be killed.

This is where the “Beagle Bill” comes in to facilitate a relationship between labs and nonprofit animal adoption organizations, according to the MSPCA-Angell, who noted that there is also flexibility. enshrined in law.

The bill is drafted so that research facilities are not required to donate animals to a specific group, and a shelter or rescue organization is not required to accept animals given to them. offered by these facilities, the group said.

Private adoptive placement is also allowed within the parameters of the law, which means that shelters do not have to act as an intermediary – as in the case of a veterinary technician who has worked with an animal and wishes to adopt it afterwards. the research.

The bill “would simply require that once an institution determines that a dog or cat is no longer needed for research, that it is in good health and does not pose a risk to health or safety of the public, the research facility should then reach out to an animal shelter or rescue organization to determine if they can assist with placement in an adoptive home, or opt for a private placement,” said MSPCA-Angell.

Halpin said the research and testing facilities’ successful collaboration with animal shelters and rescue groups, such as the MSPCA, will give many cats and dogs “the chance to live their post-research lives in loving homes”.

MSPCA Advocacy Director Kara Holmquist said seeing and hearing stories from those who have adopted or fostered dogs used in research that it is “remarkable” to see how “resilient” these animals are. can manage in homes after getting out of these research environments.

“We know these dogs can be great pets, that they can still learn to be a dog,” Holmquist said.

Beagles are the primary breed used in research according to Holmquist, largely due to their docile nature and ease of handling, hence the informal name given to the bill.

According to the Beagle Freedom Project, a nonprofit animal rescue and advocacy organization dedicated to rescuing and rehabilitating animals used in research and subjected to “other unique forms of cruelty, abuse and neglect.

The bill’s enactment is timely because it coincides with – but is not directly related to – a massive rescue effort led by the Humane Society of the United States involving a beleaguered livestock facility in Cumberland, Virginia, which was run by the Envigo company which was home to around 4,000 beagles that would have been used in animal research but are now finding new homes for adoption.

The Envigo facility has faced numerous violations of federal regulations, leaving many dogs “malnourished, sick, injured, and in some cases dead,” according to a New York Times report.

The MSPCA-Angell, the Northeast Animal Shelter and the Dakin Humane Society have all assisted HSUS as partners in its venture, helping it find over 150 new adoptive homes for beagles in the Bay State, with more than transfer trips bringing dogs to the north being planned for this month.

The ‘Beagle Bill’ was originally introduced in Beacon Hill four years ago, where it was introduced by former state Rep. Carolyn Dykema, one of the bill’s sponsors, and was co-sponsored by fellow Democrat Michelle DuBois and Republican State Senator Bruce Tarr – the Senate Minority Leader at the State House.

“We are grateful to all of the advocates who have worked hard to move this legislation forward,” MSPCA Animal Advocacy Specialist Elizabeth Magner said in a statement through MSPCA-Angell.

“By formalizing the practice of adoption for research animals, the new law benefits dogs and cats used for research in the Commonwealth, furthering Massachusetts’ reputation as a responsible and humane center for biomedical research,” she added.

The bill had also received support from the Massachusetts Society of Medical Research, a group representing research facilities in the state, which helped work through some of the bill’s language.

The legislation also does not impact the research conducted itself, as the discretion over when to retire and offer animals for adoption rests with the research facilities, according to the MSPCA-Angell. .

The MSPCA-Angell noted that aside from the legislation, there are also a number of research facilities that have already established successful adoption programs for dogs and cats.