The Future of Pet Food with Ryan Bethencourt 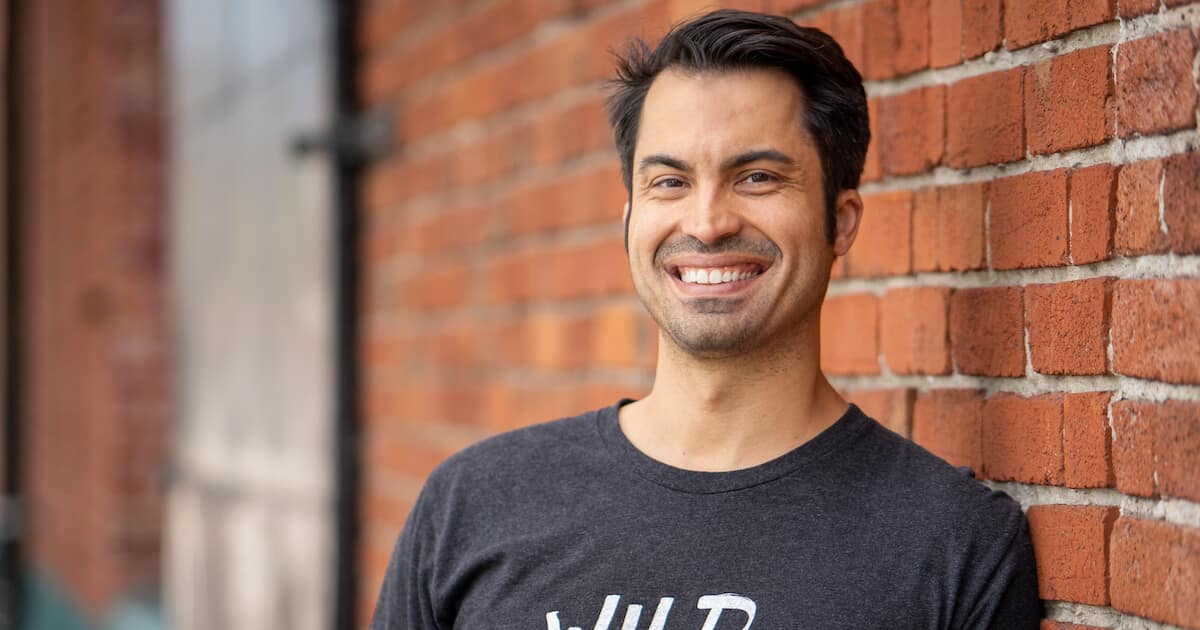 More than 63% of households in the United States live with dogs and cats, and according to market research company Packaged Facts, people are paying more attention to the health and well-being of their pets during COVID-19. They are especially concerned about what their pets eat, and rightly so. Today, America’s pet food industry is worth around $ 30 billion and growing every year, but most commercial pet foods are heavily meat-based. What many pet parents don’t know, as they stand in the grocery store aisle trying to decide which kibble to buy for Max or Bella, is that the pet food industry. pets is deeply linked to the operating and unsustainable environmental practices of industrial animals. Agriculture.

Thanks to visionary companies like Wild Earth, a plant-based dog food company, pet food is no longer dependent on the destructive practices of animal farming. Motivated by concerns about animal welfare and the environmental impact of pet food, Ryan Bethencourt and Abril Estrada co-founded Wild Earth in 2017 to create more humane and healthy options for pets. Sentient Media recently sat down with Ryan Bethencourt, CEO of Wild Earth, to talk about how his company is disrupting the pet food industry.

Ingrid L. Taylor: Thank you very much for being here today, Ryan. What are some of the issues you encountered in the pet food industry that led you to found Wild Earth? Was there a particular moment that really stood out for you?

Ryan Bethencourt: There were actually two things. One was an article published in 2017 by a scientist that showed that 25-30% of the meat we eat in the United States is fed to our pets. So 90 percent of those meat products are made into those little brown scoops of protein and fed to our pets. And it blew me away that 25 to 30 percent of the animal agriculture industry, factory farming, pollution, not to mention the way animals are treated, is used to feed our animal’s protein. company. This is something we can do without using factory farms.

And the other problem is that the meat pets get is of poor quality and sometimes mixed with other unwanted ingredients. And if you care about the health of your pets, there are much better sources of protein to feed them. At the time, I was working at a future food biotechnology accelerator in San Francisco and we funded a whole bunch of food companies, like Memphis Meats (now Upside Foods). I realized that if I started a plant-based pet food business it could have a huge impact. It was a really outsourced problem. There were a few plant-based pet food companies back in the day, but none of them were really big. The idea of ​​focusing on the mass market for pet food and reducing meat consumption caught my attention.

HE : Once you got the idea for Wild Earth, how difficult was it to get funding?

RB: I spoke to a lot of venture capitalists that I knew and almost all of them said to me, ‘we’ll fund you to do something else, but not that because nobody cares about pets’. I was convinced that was not true at all because anyone who has a pet cares deeply about them. So I found three amazing investors who were all women, who understood how important a healthy, safe and cruelty-free diet was to our pets and made the connection that a lot of male investors don’t.

HE : Wild Earth currently makes a plant based dog food. When you and Abril were developing this food, how important was it that not only the ingredients but also the development process were cruelty-free?

RB: Something that shocked me is that the norm with just about all pet food companies, with one or two exceptions, is that they perform lab tests of their digestion. food using beagles. And these are just horrible tests that are common in digestion studies. In an experiment to test digestibility, dogs were fed kibble in small sachets, such as tea bags. They push them down the throats of dogs and then at times they pull them out of the stomachs of dogs. These are horrible tests that no one in the pet food industry is talking about. We refuse to do these tests and anything that could be cruel to animals. Instead, we performed cruelty-free testing on a mixed group of dogs that pet parents volunteered for. It takes longer and the data is a bit more mixed, but it is more representative of a lot of our customers. We would like to encourage more pet food companies to commit to making cruelty-free testing an industry-wide standard.

HE : Much of what is considered slaughter byproducts, such as bones, internal organs, feathers, and blood, ends up in pet food. How do you see plant-based and alternative protein pet foods intersect with food system reform?

RB: I think we would make the price of meat more expensive⁠ — there would be no room to put in the extra byproducts and no demand because we would suppress the demand. This would mean that raising an animal would become more expensive because these products would no longer be used in the pet food industry. We can evolve our pet foods and outperform low-end meat products.

HE : What are some of the benefits for dogs that you have seen with Wild Earth’s herbal food?

RB: We have seen many improvements in animals, from reducing allergies and skin problems to reducing digestive issues. Plant-based foods are high in anti-inflammatory compounds, and we believe that is what helps dogs. If you remove bad meat with potentially toxic ingredients and add anti-inflammatory compounds from plants and yeast, it should reduce systemic inflammation.

One of the things that surprised us is that a lot of pet parents have reported that they no longer need to give their dogs steroids for their allergies. We surveyed 3,000 of our customers and 86% reported positive health outcomes for their pets. These results were honestly surprising when we first started, but it makes sense. Let food be your medicine.

HE : What are the future directions of Wild Earth?

RB: We are looking to develop higher end and more profitable dog food and we are developing plant based cat food. This needs to be completed as cats are obligate carnivores, so there are a few supplements that will make it fully nutritional for them. And then we’re also working on cell-based meat. We know that 27% of the population is open to a plant-based diet for their pets. That leaves the majority who want meat in their product. And we’re here for pet parents and for all pets. So, to cope with this majority, we are going to make optional cell based meat.

We’re also researching how we can help dogs and cats live longer, healthier lives beyond just food. So, Wild Earth is currently focusing on cleaner, healthier, more sustainable and cruelty-free food, but our vision is also very broad in terms of adopting science.

HE : Thank you very much for your time today, Ryan. It was a pleasure speaking with you.

This interview has been edited for clarity and length.

What you didn’t know about the pet food industry