The Humane Society will transfer approximately 4,000 beagles from the Virginia breeding facility 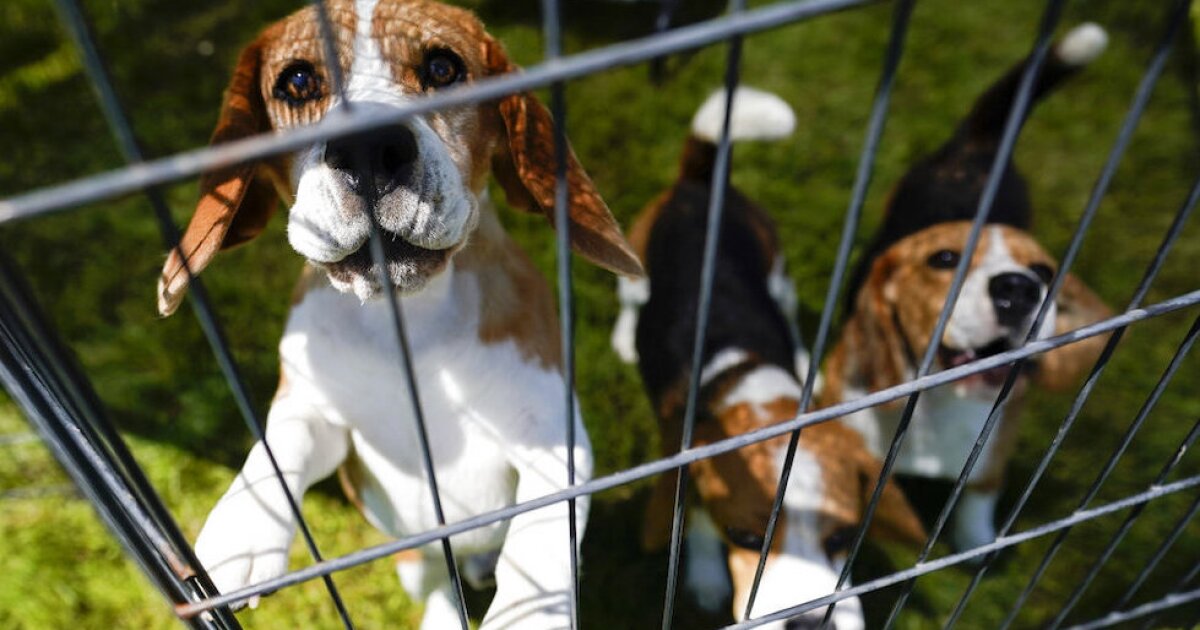 CUMBERLAND, Va. — The Humane Society of the United States says it is working quickly to transfer thousands of dogs bred for medical research from a facility in Virginia.

On Wednesday, the Humane Society said that over the course of 60 days they would transport around 4,000 beagles in stages to shelters across the country so they can be adopted.

“At this time, we are in contact with our shelter and rescue partners and preparing to begin the monumental process of securing the placement of these dogs,” the Humane Society said in a press release.

According to the Humane Society, the transfer plan was approved by the United States District Court for the Western District of Virginia after the federal government filed a lawsuit against Envigo in May.

The plan was approved last week, the Associated Press reported.

The dogs were housed at the Envigo facility, which has been accused of multiple animal welfare violations, the Humane Society said.

A Department of Agriculture report found that the deaths of 300 puppies between January 2021 and July 2021 were attributed to “unknown causes”, USA Today reported.

According to the Humane Society, the facility fell victim to violations after federal inspections allegedly revealed that some dogs had been euthanized without anesthesia.

Inotiv announced in June that it would close the Virginia breeding facility, which was operated by its subsidiary Envigo, the Humane Society said.