The intersection between tourism and animal conservation 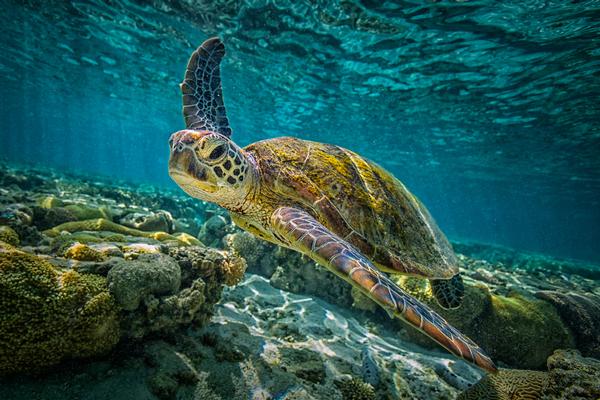 As we celebrate Earth Day and accept the challenge to make more sustainable decisions in our own lives, a sub-category of the travel and tourism industry deserves greater attention this year after being hit hard by the pandemic: wildlife tourism.

Many destinations around the world rely on animal tourism, also known as wildlife or conservation tourism, to bring travelers to their shores: think Australia, South Africa, Costa Rica… Didn’t you automatically think of koalas and kangaroos, lions and zebras and elephants, sloths and jaguars and howler monkeys?

Animal conservation and tourism are intrinsically linked: when one goes down, the other goes down with it. The COVID-19 pandemic has had a profound impact on communities and species that depend on conservation tourism around the world.

The impact of conservation tourism on communities around the world

A 2019 study conducted by the World Travel & Tourism Council (WTTC) found that wildlife tourism directly contributes over $120 billion to global GDP and employs 9.1 million people. These figures are much larger when calculated with indirect contributions, at $343.6 billion of GDP, employing 21.8 million people.

According to World Bank data from 2017, tourism itself was ranked first or second among exports in 48 less developed countries. It is the world’s fourth largest industry and largest market-based contributor to funding protected areas such as conservatories.

Households in developing countries who live close to protected areas such as national parks, reserves or reserves are on average 17% wealthier than households living farther from these areas. They are also 16% less likely to become impoverished.

Without tourism funding local economies and conservation programs over the past two years, animal species around the world are at heightened risk from illegal poaching, which the WTTC says is considered a $23 billion industry.

Although travel is such a bigger industry than animal trafficking and poaching, “the incentives [for animal poaching] expand when the travel industry shuts down,” said Jim Sano, vice president of travel, tourism and conservation at the World Wildlife Fund.

As we celebrate the reopening of borders, we must also celebrate the return of animal conservation, without which many communities risk economic hardship and poverty, especially in developing countries, while the animals we they protect would be increasingly threatened.

A country’s push towards conservation tourism

Namibia is one of those places considered a conservation tourism success story. When it gained independence, conservation was enshrined in the country’s own constitution in 1996, granting communities the ability to establish communal conservatories.

Today, Namibia offers 87 communal reserves over nearly 65,000 square miles, or about twenty percent of the country’s landmass. It directly employs over 2,500 people, many of whom are responsible for supporting up to ten family members, and it also produces over 14% of the country’s GDP.

Even more miraculous: the animal species that inhabit it, including cheetahs, lions and black rhinos, thrive on these conservancies.

Nature-rich developing countries are not the only ones to benefit from conservation tourism. Visitors to US national parks in 2019 generated $21 billion and supported 341,000 jobs. In 2020, national parks welcomed 237 million visitors who spent $14.5 billion. National parks directly and indirectly employed 234,000 jobs and generated $9.7 billion in revenue in the worst year of the pandemic.

The economic benefits of reserves and national parks are obvious; travelers, even in the midst of a global pandemic, have flocked to these national destinations to get a breath of fresh air and visit the animals that call these parks home.

But the focus of these tourism initiatives is always on the animals they protect and conserve.

The role of tour operators in conservation

Australia is another country whose travel industry is synonymous with wildlife tourism. The country’s abundant natural wonders and wildlife have emphasized sustainability and ecotourism options.

One such tour operator is Exceptional Kangaroo Island in South Australia, which offers the chance to see wildlife such as kangaroos, koalas, echidnas and many species of birds, eighteen of which are under -species found only on Kangaroo Island.

Craig Wickham, the tour operator’s general manager and former park ranger, explains his mission: “We are strong conservationists and our role is to facilitate experiences where guests can see what is possible when we leave make way for nature and learn how to behave in a way that allows wildlife to accept us in a shared space.

“We also provide a connection between visitors and landowners passionate about landscape-scale habitat protection and conservationists working to achieve conservation outcomes. Often travelers learn first hand what they could do at home to improve their interactions with wildlife and also understand what an investment could bring… It is important to have such specific examples so travelers know exactly what their assistance actually brings.

Tour operators who play a role in animal conservation not only offer travelers a unique insight into the ecology and wildlife they observe; they also ensure the protection of these species for years to come and often participate in conservation initiatives.

The bright side of 2022 is that countries that rely the most on conservation tourists from other countries are now reopening, leading to huge demand for those places, including countries in Africa as well as Australia.

“All the people who have canceled their trips or whose trips have been stopped and who had already booked, the vast majority of them have postponed their trips… Now they are coming back. There is huge pent-up demand. Many of these companies are predicting record years beyond 2019,” Jim Sano said of tour operators and lodges in Africa.

How to support animal conservation as a traveler

So how can travelers make good choices that positively impact the animals they love and the communities that coexist with them?

Sano suggests choosing B Corp-certified tour operators, like Intrepid Travel, or other travel agencies and destinations that have been certified by the Global Sustainable Tourism Council. The good thing about the current state of the travel industry is that there are more sustainable travel options than ever before.

“Travel companies, large and small, have greater awareness and interest in and commitment to conservation. I think the drivers of that are obviously COVID, the climate…” Sano said. “They recognize the threats associated with these disasters and environmental threats. Natural resources are their tourism asset, so it is in their business interest to protect these assets.

The way we travel has a profound impact on communities and species around the world. As we begin to celebrate the natural wonders and incredible creatures of our world, be sure to recognize the impact you, as a traveler, have on the destinations you visit and choose to support animal conservation initiatives. everywhere you go this year and beyond.