adminOctober 30, 2021Animal fundLeave a Comment on The Pride of the Prairie Inauguration on November 12 at Rolling Hills Zoo 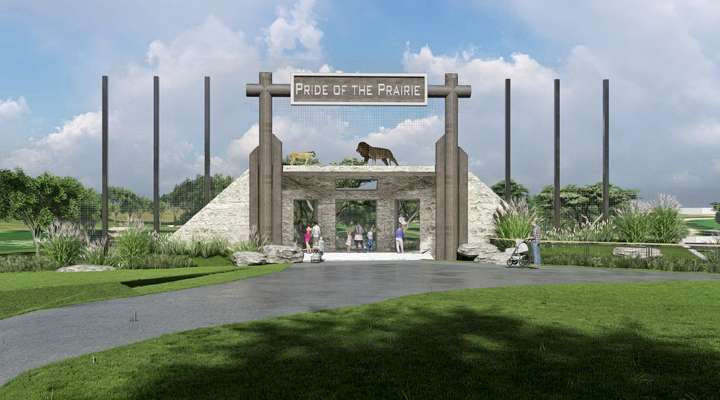 The Rolling Hills Zoo will usher in a new era for the zoo when it opens a new exhibit on November 12.

The zoo plans to pave the way for the Pride of the Prairie exhibit at 3 p.m. on November 12. The inauguration is open to the public.

Mimicking the prairies of the African savannah, Kansas’ native tallgrass prairies serve as the inspiration for the all-new Rolling Hills Zoo experience which will encompass nearly 20,000 square feet and include new indoor space, living quarters. additional off exhibit and a close and personal 180-degree lion viewing cave, according to zoo information.

“Few animals are more iconic or representative of grassland ecosystems than the African lion,” said Ryan VanZant, executive director of RHZ. “At Rolling Hills Zoo, we couldn’t ask for a better species to serve as an ambassador for declining prairie habitats around the world. We’re excited to bring the Prairie Pride Lion experience to life this spring! “

Other highlights of this new addition include the ability for guests to stand directly under a 450 lb lion, or come face to face with it at one of the cave windows. A special training window inside the cave will also allow guests to be a few feet away while the animal care staff safely perform the daily breeding with the lions, all part of exemplary care. brought to every animal in the zoo, the Rolling Hills Zoo noted in a press release. .

One of the most exciting features of The Pride of the Prairie will be additional accommodation to introduce a buck to the pride of the zoo. This building will include an observation window for guests to observe while the new lion is safely presented to the pride (which could take several years). In the future, this space could serve as a den for a lioness and her cubs during their first months of life, while providing a “first glimpse” of new cubs.

Wanting to do their part to ensure that the Rolling Hills Zoo continues to thrive for the enjoyment of future generations, Bill Graves and Martha Graves Reese, of the William H. Graves Family Foundation, donated $ 250,000 to serve from foundation to a one-on-one challenge to fully fund the Pride of the Prairie experience. Thanks to contributions from hundreds of donors, businesses and foundations, the challenge has been met and construction will begin in November.