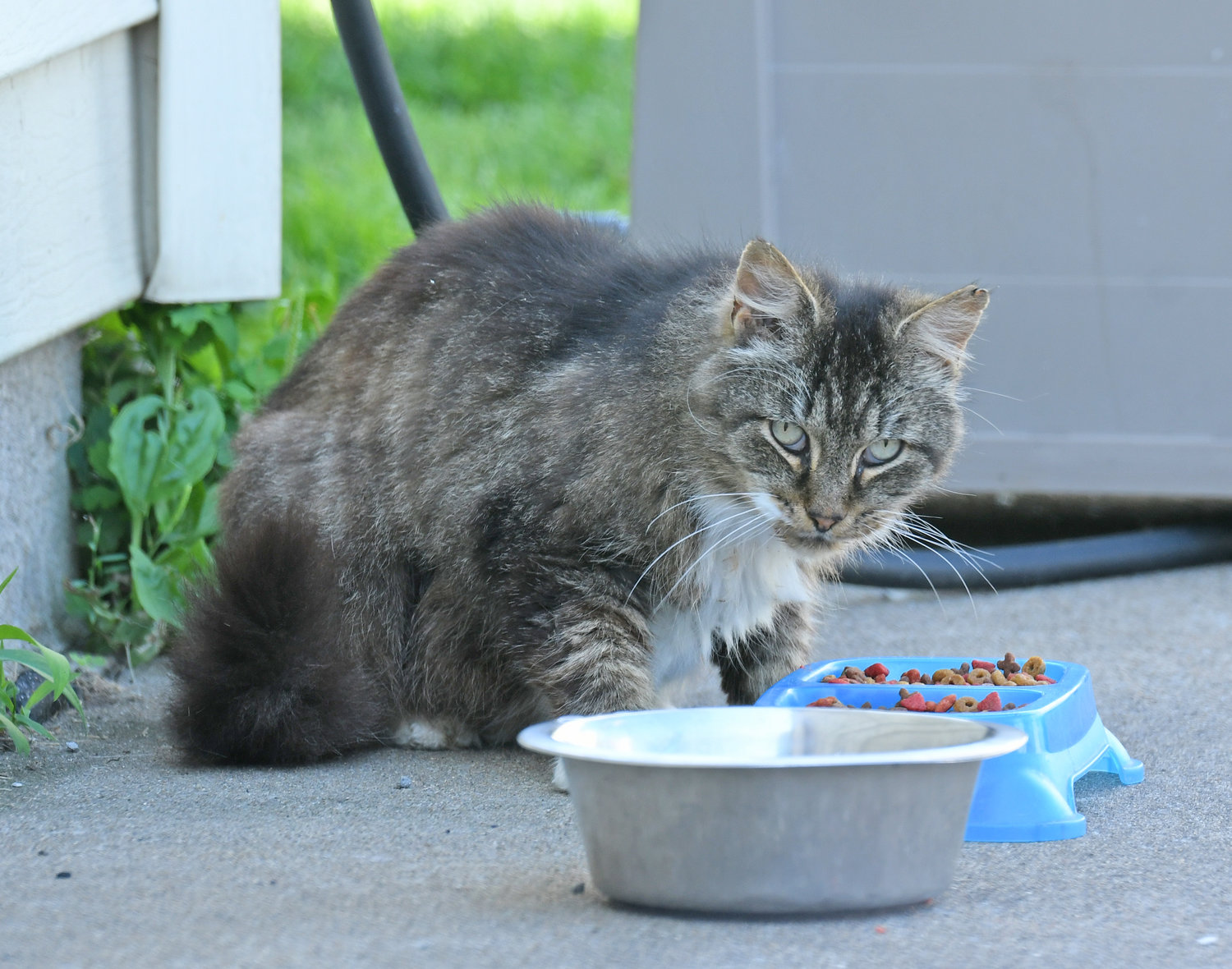 ROME – With the problem of stray and feral cats not only in Rome, but in most cities in the region and across the country growing since the COVID-19 pandemic, the R-Cats program is trying to raise additional funds to support needed services for homeless felines.

Allison Nickerson, co-founder of R-Cats, said the program started in Rome in 2010, when the city’s feral cat problem came to a head when a small child was bitten by a stray kitten that had been tested positive for rabies. .

Nickerson explained that the Common Council, led by then-President John Mazzaferro, began moving toward drafting legislation that would make it a crime to feed stray cats.

“They thought it would be the ‘silver bullet’ to take care of all the stray cats because if you don’t feed them they’ll just go away,” Nickerson said. “Obviously, for anyone who works with homeless cats or has a general understanding of the situation, understand that this is not going to work and it will only turn people trying to help these animals into criminals.”

Nickerson said she met with Mazzaferro and individual council members to explain the situation and why making it a crime to feed the animals was not going to be the answer.

“It all culminated in February 2011, when council passed a resolution that supported spaying or neutering and vaccinating animals rather than catch and kill,” Nickerson said.

In the spring of that year, volunteers with R-Cats had traps on the ground. In its early days, Nickerson explained that the nonprofit was a full-service trap, spay and return program. Individuals were not only involved in trapping the cats, but also transporting them to veterinary clinics the program worked with, and other volunteers took in the felines during their recovery period after spaying or neutering – usually around 24 hours for males and 48 hours for females. Once recovered, the cats would be released “outside the house,” Nickerson said.

This is how R-Cats operated until January 2017, when the pool of volunteers thinned out, with the program offering no paid positions.

“In mid-2016, we were in a position where we had one person trapping and transporting, one person doing recovery work, and we were down to a clinic working with us,” Nickerson explained. “Suppliers have also changed. When we started, we worked with three different veterinarians and there were other resources in the area that also helped individuals spay and neuter cats, including a program through Spring Farm Cares’ in Clinton.

When Spring Farm Cares shut down its programs, including one that gave out vouchers to help individuals spay or neuter their cats, “it was a blow to the area because probably about half of the ‘trapped’ cats went to the Spring Farm feral cat clinic, and we had 30 to 40 cats a month in Rome alone,” Nickerson said. A local vet who offered his services for free also died, she added.

“So the people who were looking after the cats wasted a lot of resources,” Nickerson said.

The co-founder further explained that R-Cats was about to close at the end of 2016, and so in 2017 the organizers decided to transfer the organization to a Trap Neuter Release (TNR) funding program, much like the one that worked before. by Spring Farm Cares.

“We decided to mirror the Spring Farms Cares Feral Cat Clinic where cat caretakers sign up for slots at the clinic, and they are responsible for trapping the cat, transporting it to and from the clinic and to ensure that he is recovered before being released to his outer home,” Nickerson said. “The only difference is that we have negotiated with the clinic to include a recovery time for the services we provide to the cats. The cats are kept until they are ready to be returned.

Since R-Cats’ inception, the nonprofit hasn’t been helping fewer cats, the co-founder said.

“Our numbers haven’t gone down until this year, just because of the lack of funding. We had not yet been able to resume our TNR funding program this year before reopening it this month, as we were able to raise approximately $1,900 in the past two months to resume TNR funding,” he said. she said, adding that a recent chicken barbecue and memorial requests from a longtime volunteer who recently passed away helped raise funds. “Now we have sent three support requests this week alone.”

So why are there so many stray cats in Rome and surrounding communities?

It turns out that’s not just a problem in New York or even the United States, but around the world, Nickerson said.

“There are TNR programs in Israel, in England – England is actually where it all started,” she said. “The problem is that people think of cats as disposable – they’re fine, they’ll be able to survive on their own. People catch them when they’re cute little kittens, but they grow up and they’re still cute cats, but can -be then should they be neutered or neutered and unless they find an inexpensive option – even though several places in the area have spaying and sterilization programs — often these people don’t have the money , then the animal goes out. Or sometimes a person can be kicked out and the animal goes away.

Nickerson recalls being approached by a city official some time ago who asked when she thought Rome’s feral cat problem would be resolved.

“I looked at it and said it would be fixed when people stop throwing them away,” she recalled. “It’s not going away – it’s a mentality that cats can take care of themselves. I got a call last night from a volunteer whose neighbor has a stable. They came in to find a abandoned cat. And the neighbor knows it’s an abandoned cat because he was also left with a container of cat food. It was someone’s pet, they found the stable, brought the cat there and left it with food. This thing happens every day.

Similar to dogs, Nickerson said there has also been a drastic increase in the number of abandoned cats as a result of the COVID-19 pandemic. She said most likely during the pandemic people were more at home and decided to have a pet, and adoptions, especially for dogs, increased.

And due to rising costs and soaring inflation, Nickerson said people are finding they can no longer afford to feed and care for these pets properly. She said the cost of food had “skyrocketed” and the availability of dog and cat food in stores was scarce.

“Cat litter alone is up 20-30%, and the antibiotics I paid $30 for a year ago are now $80,” Nickerson said. “It’s horrific and tragic, and it affects people’s ability to keep their pets.”

She said: “In the case of cats, people think they can take care of themselves, but they don’t realize they are very territorial in nature and when a cat is dropped off and he there is a colony…more often the colony will hunt new cats long before they can find a food source or shelter – they will starve or be killed.

Nickerson noted that the lack of donations for groups like the R-Cats and others in Utica, Oneida, Herkimer and throughout the region, is not a unique situation. R-Cats is hosting an indoor garage sale at the Capitol Arts Complex from 11:30 a.m. to 2 p.m. Sunday to help raise money to fund its TNR program.

R-Cats accepts donations, but not electronically. Tax-deductible donations, in the form of checks or money orders, can be sent to R-Cats, PO Box 341, Rome, NY 13442.

For more information on R-Cats events or how to volunteer with the nonprofit, email [email protected] or check out their R-Cats Rome page on Facebook .