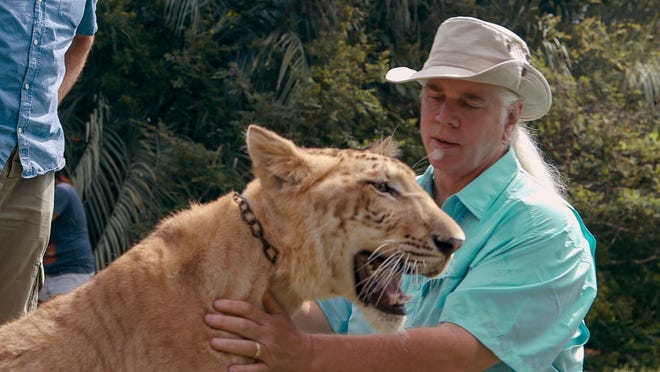 FBI agents arrested him on Friday and he was taken to the J. Reuben Long Detention Center in Conway, South Carolina, but the charges against him have not been disclosed. A spokesperson for the federal agency did not immediately respond to a phone request Saturday for more details.

Antle, 62, has been a controversial figure among animal rights activists who have accused the Myrtle Beach Safari owner of abusing lions and other wildlife, media reported.

Antle was featured in the hit Netflix series ‘Tiger King,’ about animal handler and zoo operator Joe Exotic, who was also targeted for animal abuse and imprisoned in a plot to kill rival Carole Baskin. .

In May, People for the Ethical Treatment of Animals asked the IRS to investigate Antle’s Rare Species Fund, a nonprofit that raises money for wildlife conservation. PETA alleges that it uses some of the money from the fund to subsidize its safari site in Socastee outside of Myrtle Beach.

“It’s fitting that ‘Doc’ Antle is behind bars after years of locking up endangered animals he uses in sordid photo ops. His legal woes are piling up, as PETA recently exposed his apparent ‘charity’ scam, and the end of his reign of terrorizing baby tigers can’t come soon enough,” said Debbie Metzler, associate director of Captive Animal Law. PETA Enforcement, in a report.

Meanwhile, in Virginia, Antle faces two counts of wildlife trafficking and conspiracy to traffic in wildlife, as well as 13 counts of conspiracy to violate the endangered species law and animal cruelty charges related to the trafficking of lion cubs. Those charges are expected to go to trial next month.

Antle has a history of recorded violations, dating back to 1989, when he was fined by the United States Department of Agriculture for abandoning deer and peacocks at his Virginia zoo. Over the years he has over 35 USDA violations for mistreating animals.