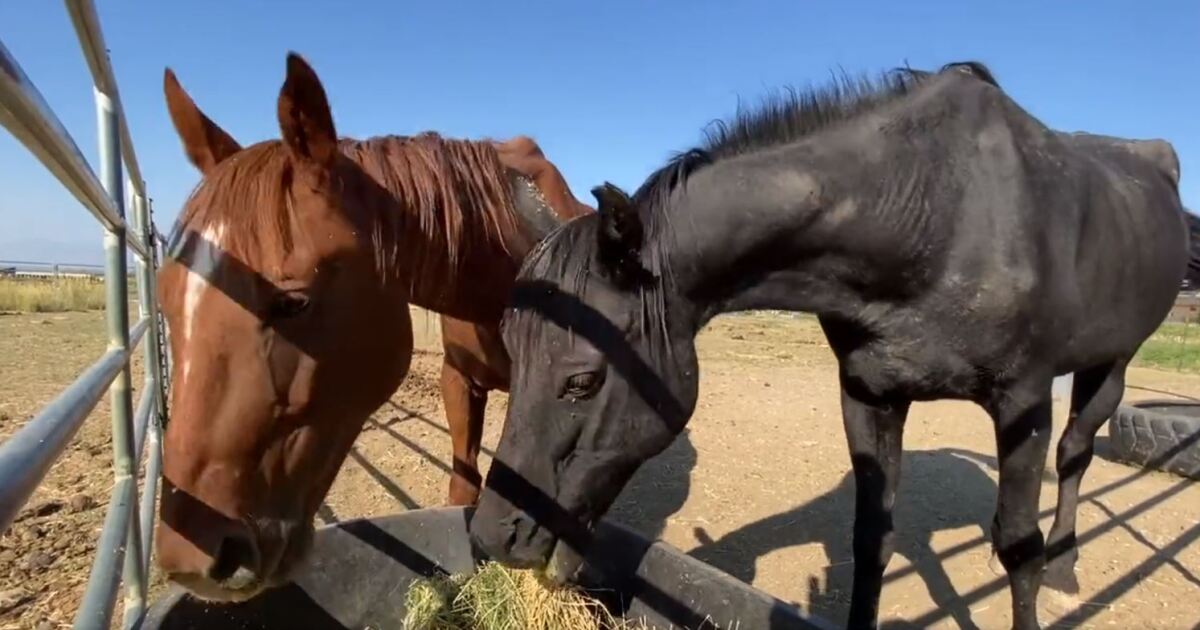 UTAH COUNTY – The Utah County Sheriff’s Office owns a piece of land that serves as a “cattle yard” for animals that are either seized due to an investigation (such as animal cruelty) or confiscated by their owner.

“Bigger animals, your goats, horses, cows, pigs, they all come here in the breeding yard,” MP Owen Leatham said as he strolled through the breeding yard preparing to feed. animals. “Right now it’s actually very busy, probably because with the cost of hay and things going up, we’re usually not too busy, we have maybe one or two animals.

Deputy Leatham and another deputy take care of the duties associated with tending to the cattle which temporarily call the “cattle yard” their home.

“I start my day taking care of the animals. I come here for about an hour… feed them, water them, brush them, take care of them, so I like it, it’s a really good gig that I like, ”said MP Leatham, who works in the USCO Animal Enforcement division.

On Tuesday, two horses, six cows (including five calves) and three goats were fed and cared for by UCSO. The horses were confiscated by their owner who could no longer take care of them. They will be auctioned from Wednesday September 15th. Proceeds from the auction help pay for equipment and supplies used on the job site, but is also donated to the Utah County General Fund.

The cows were seized by UCSO on August 16 from a property west of Spanish Fork, where the owner is currently involved in an animal cruelty investigation.

The goats were transferred to the breeding yard by other departments which found them free or wandering. Since many animals in the yard are malnourished, the goal is to heal the cattle and give them new homes.

“It warms my heart, that’s the easiest way to put it,” said Deputy Leatham, who has been in his current position for six months. “I was talking to the other deputy with me who is doing this, and we were talking about how far the cows and horses have come and this satisfaction of seeing them get help and not die and go in. good homes.