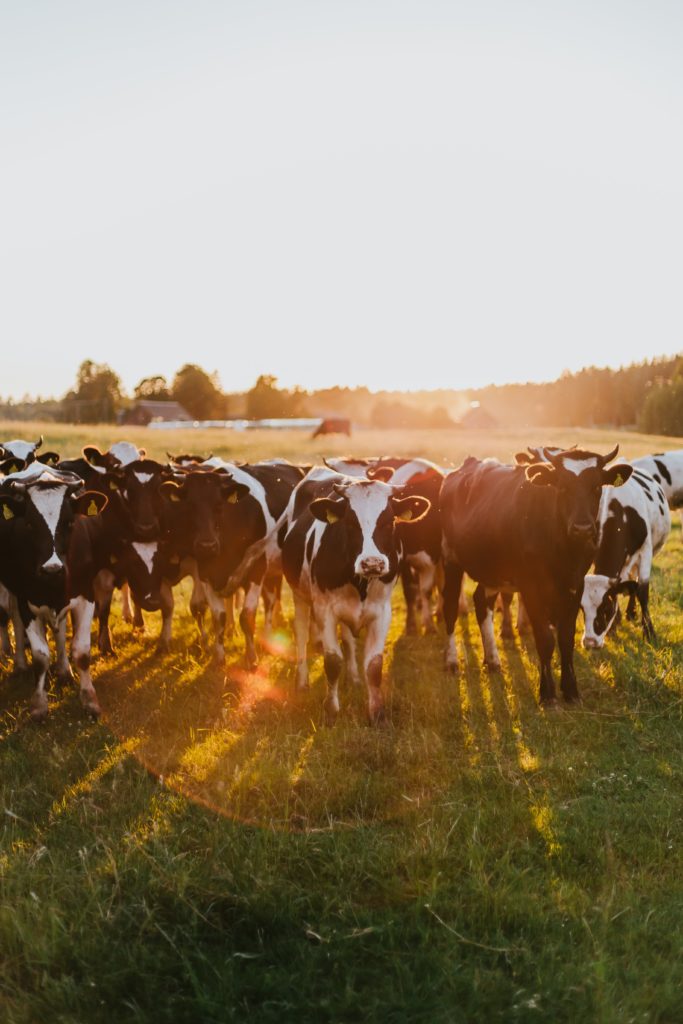 (NDAgConnection.com) – A Kansas State University veterinarian is urging cattle producers to step up plans to manage heat stress in their herds, a challenge that is costing the U.S. beef industry up to $370 million dollars in losses each year.

AJ Tarpoff, a beef cattle veterinarian at K-State Research and Extension, said cattle are resilient animals; they will often acclimate to warm temperatures.

But an accumulation of factors – including humidity, sunlight, the color of their skin, their diet and more – can drastically change a cow’s ability to withstand summer heat.

“It’s really a challenge on many levels,” Tarpoff said. “Not every animal in a group or pen is affected in the same way. Animals with higher body condition scores, or with darker skins, or finishing steers and heifers preparing to go to harvest are at greater risk of heat stress.

The human body cools down on a hot day through sweating, called evaporative cooling. But Tarpoff notes that cattle only sweat 10% more than humans, and that panting is their primary means of dissipating heat.

“As temperatures rise and their heat load increases, they will begin to breathe faster,” he said. “They dissipate heat through tiny droplets in the airways.”

However, this causes cows to eat less, setting them on the path to poor future growth and performance.

“It all has to do with heat loading,” Tarpoff said. “The internal temperature of cattle will peak two hours after the hottest point of the day. Our strategy for keeping cows cool must therefore be built around this. »

Another factor is that cattle produce heat while digesting feed, usually 4-6 hours after eating. “So if we feed the animals in the wrong amount of time, we can actually increase their heat load because the heat from digestion and the heat from the environment overlap,” Tarpoff said. “We want to prevent that from happening.”

Handling. Receive, ship or move livestock only during the cooler hours of the day, preferably before 10 a.m.

Feed. Change feeding times. Feed 70% of the animals’ ration as late in the evening as possible, which places the peak heat of digestion at night when temperatures are likely cooler. Decrease feeding during the day.

Heat management. Spread cattle among pens or reduce stocking density. Maximize airflow by clearing obstructions around fixtures, including weeds. If possible, install shade structures, which can reduce solar radiation and reduce the floor temperature of the enclosure. Install sprinklers to wet livestock at night or early in the morning so as not to increase humidity.

Then, of course, there is the importance of providing water. Lots and lots of water.

“To put it into perspective, when the temperature goes from 70 degrees Fahrenheit to 90 degrees, a cattle will consume about double the amount of water,” Tarpoff said.

As a rule of thumb, he said cattle should consume “about five times as much water as the dry matter they consume”.

“Fresh, clean and readily available water is essential during heat stress episodes. We may need to increase the capacity of the water tank in a pen to meet these needs with portable waterers. Producers need to be prepared for this.

Tarpoff said he follows two sources for help in deciding when to fully implement a heat stress management plan.

“The other tool I use is the Kansas Mesonet, which provides an animal comfort index,” he said. The Kansas Mesonet, housed at Kansas State University, is a network of observation towers located throughout the state that updates climate information hourly.

“Right now, if we don’t have nighttime chill times, the animal won’t start every day at neutral temperature, so it’s more at risk on the second or third day,” Tarpoff said. “Temperature, humidity, solar radiation – but especially wind speed right now – all play a role in heat dissipation. Operations should begin to implement strategies to control these stressors if they haven’t already.

For more information or assistance, contact your local extension agent.