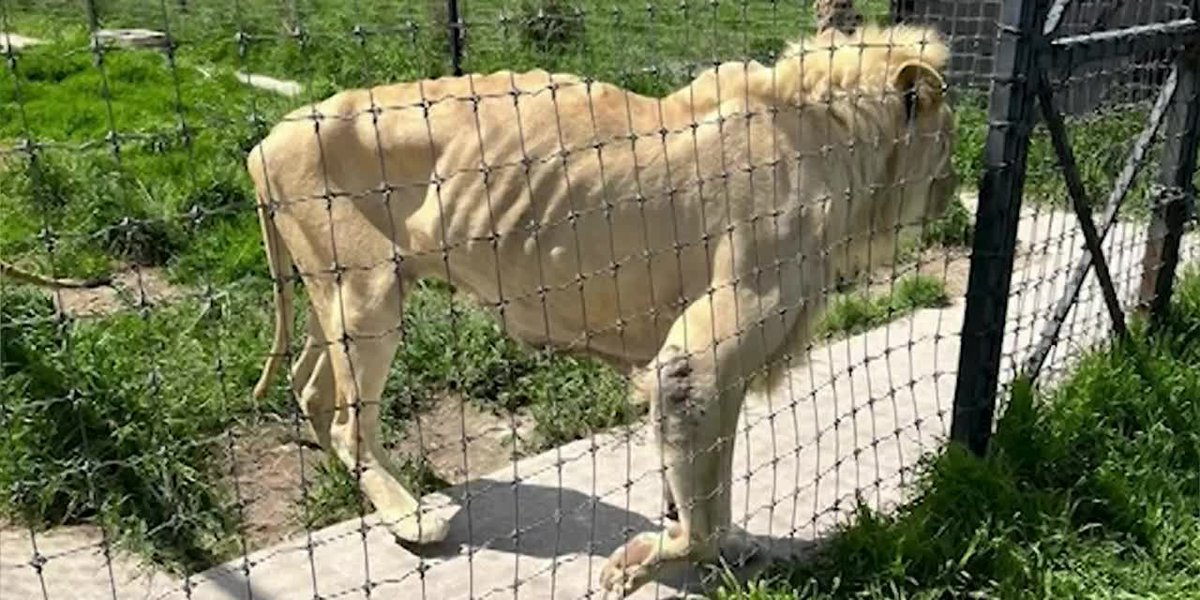 (CNN) — Animal lovers are shocked and horrified to find that a popular sanctuary wasn’t the model home for its animals that people thought.

On social media and on its website, the Black Jaguar-White Tiger Foundation looked like any animal sanctuary should be: full of happy, well-fed animals having a playful time in vast open spaces.

However, according to animal rights activists, a Mexican animal protection group and Mexican authorities, these idyllic images were far from reality.

The animal sanctuary has become so popular that even celebrities like Katy Perry, Paris Hilton and the Kardashians have visited the site from the south side of Mexico City and posted selfies on social media. A former Mexican president was also among the guests.

But videos of the real conditions the animals endured, recorded by former employees and animal welfare groups, shocked and horrified many when they first emerged in early summer.

Some of the images show a sick lion lying motionless on the ground, another lion biting its tail because it was apparently too hungry, and severely emaciated exotic animals apparently too weak to run or play.

The Mexican Association of Zoos, Breeders and Aquariums reported that the animals had received no medical care and not enough food, especially since the start of the COVID-19 pandemic.

Ernesto Zazueta, president of the organization, said the conditions for the animals were very poor.

“You could see their bones, some had scabies, some had an eye missing, another an ear, another a tail. They ate each other,” he said.

Eduardo Serio is the man behind the Black Jaguar-White Tiger Foundation.

For years, “Papa Bear”, as he called himself, has been very public about his work at the sanctuary, sharing it widely on social media.

Its success was such that the Mexican government agency in charge of animal protection will send the confiscated animals to the sanctuary of Serio.

CNN’s calls and messages to Serio went unanswered, but they said his attorney told them he was not currently doing any interviews.

On his foundation’s Instagram account, Serio said the sanctuary was dependent on private donors and that donations dropped significantly at the start of the pandemic.

“We lost 70% of our donations,” Serio said. “When people lost their jobs, they had to cut all the freebies. Those horrible videos they took are definitely real. But as I told you, I am not a zoo, I do not keep animals that are pure, precious, beautiful, like works of art in a museum. No. I am dedicated to rescuing all kinds of animals.

Serio’s attorney, Salvador Padilla Estrada, filed a motion seeking to prevent his client’s arrest. He said Serio is someone whose sole purpose was to protect abandoned animals, some of which were already in poor condition when they were taken in by the foundation.

“What happened is that…due to the pandemic situation, the donations dropped and as a result they tried to adapt with good quality food, but that didn’t happen. It didn’t happen with the same frequency, which doesn’t mean they weren’t fed,” Estrada said. “Everything was done under the care of a veterinarian who tried to meet the animals’ needs.”

The more than 200 lions, tigers, jaguars and other exotic animals at the site have been sent to zoos and animal sanctuaries across Mexico where animal welfare groups hope they will be properly fed and cared for. .