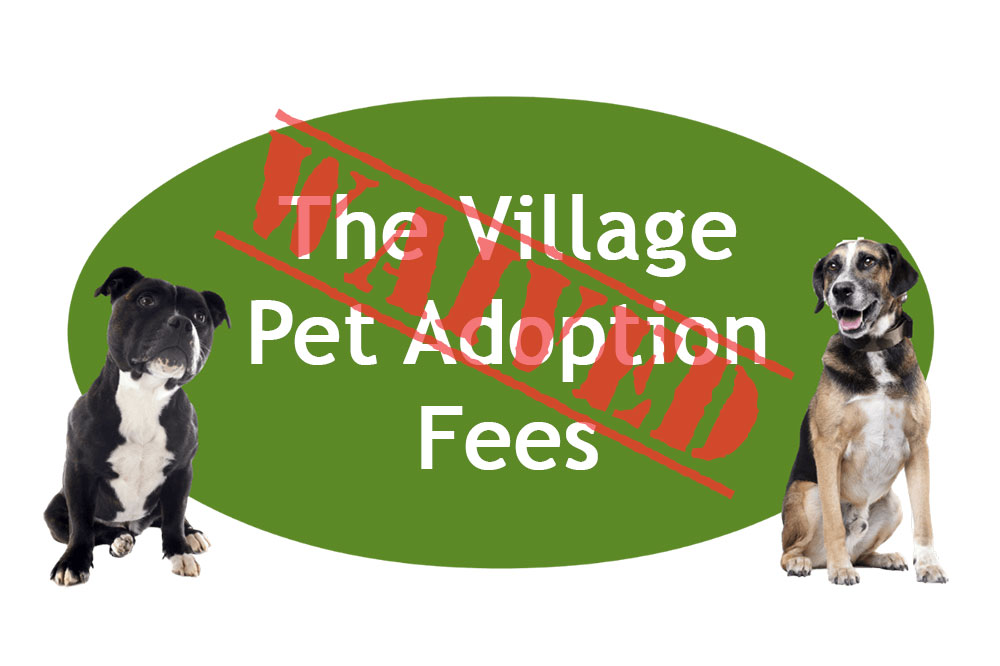 It looks like adoption fees at The Village animal shelter will be waived indefinitely following action taken at last week’s regular council meeting. The adoption fee was previously $90 and was used to cover city vaccination costs and medical costs for caring for stray dogs and cats.

“On average, the shelter will house up to a dozen or more animals,” said City Manager Bruce Stone. “Usually occupancy is between two and six at a time.”

Stone said the city can sometimes have trouble adopting animals based on the animal’s breed, health and disposition.

“We have a dedicated group of volunteers who walk the dogs and provide social interaction and foster care as needed,” he said.

The animal shelter, located at 1701 NW 115 next to Heritage Hall School, employs one full-time officer and three assistants. It is open on weekdays from 8 a.m. to 5 p.m. Those interested in adopting an animal can visit the shelter or call (405) 751-8861.

The Village may consider selling pavers and benches to support park improvements.

Village resident Jane Lowther approached council with an idea to sell commemorative bricks or benches to be installed in city parks to raise funds for the parks. The village is about to complete major updates and renovations to all city parks as part of a council-approved master plan.

“The Village Green was partially funded by commemorative brick sales. We raised $40,000,” Stone said. “Due to the cost of making the name bricks, the cost of the bricks for sale to the public should be high enough to pay the base cost for the brick plus enough markup to make a meaningful donation. This makes the cost of the bricks higher than many people would like to donate.

“We would likely need to identify specific projects in specific parks to generate interest in donating,” Stone said. “The project should be elements of the master plan, so that the improvements are consistent.”

Mayor Sonny Wilkinson told council it was time to consider updating street signs throughout the city to create a new look to coincide with the transformative results of city park renovations, new city ​​sidewalks and the ambitious civic zone park plan. The city last updated its street signs more than three decades ago.

Stone estimates that replacing the street signs would cost $30 each. “There are definitely hundreds, if not thousands, of traffic signs in the city,” he said. “It could cost up to $25,000 to replace every street sign in the city, not including the cost of new posts if needed. If the replacement includes new poles, the cost would be much higher and would require much more labor.

He said the city would most likely implement a capitol improvement sales tax to fund the project.

The city is spending $29,000 to replace the tornado siren, more replacements are on the way.

A new tornado siren has been installed at the intersection of Kent Dive and Northland Road west of May Ave. The $29,000 siren replaced the one that often needed repairs. The siren never went out for more than a few days.

The village has a total of five sirens located within the 2.5 square mile city limits. One is new, two are modern sirens installed within the last 10 years and two have been in service since at least the 1960s. Plans include replacing the old sirens over the next two years.

Stone said the sirens are designed to be heard within a two-mile radius.

“The effectiveness of sirens depends on wind direction and wind speed,” he said. “The sirens are turning to address this particular problem.”