Why should we be kinder to the animals we eat

adminOctober 9, 2021Animal-rightsLeave a Comment on Why should we be kinder to the animals we eat 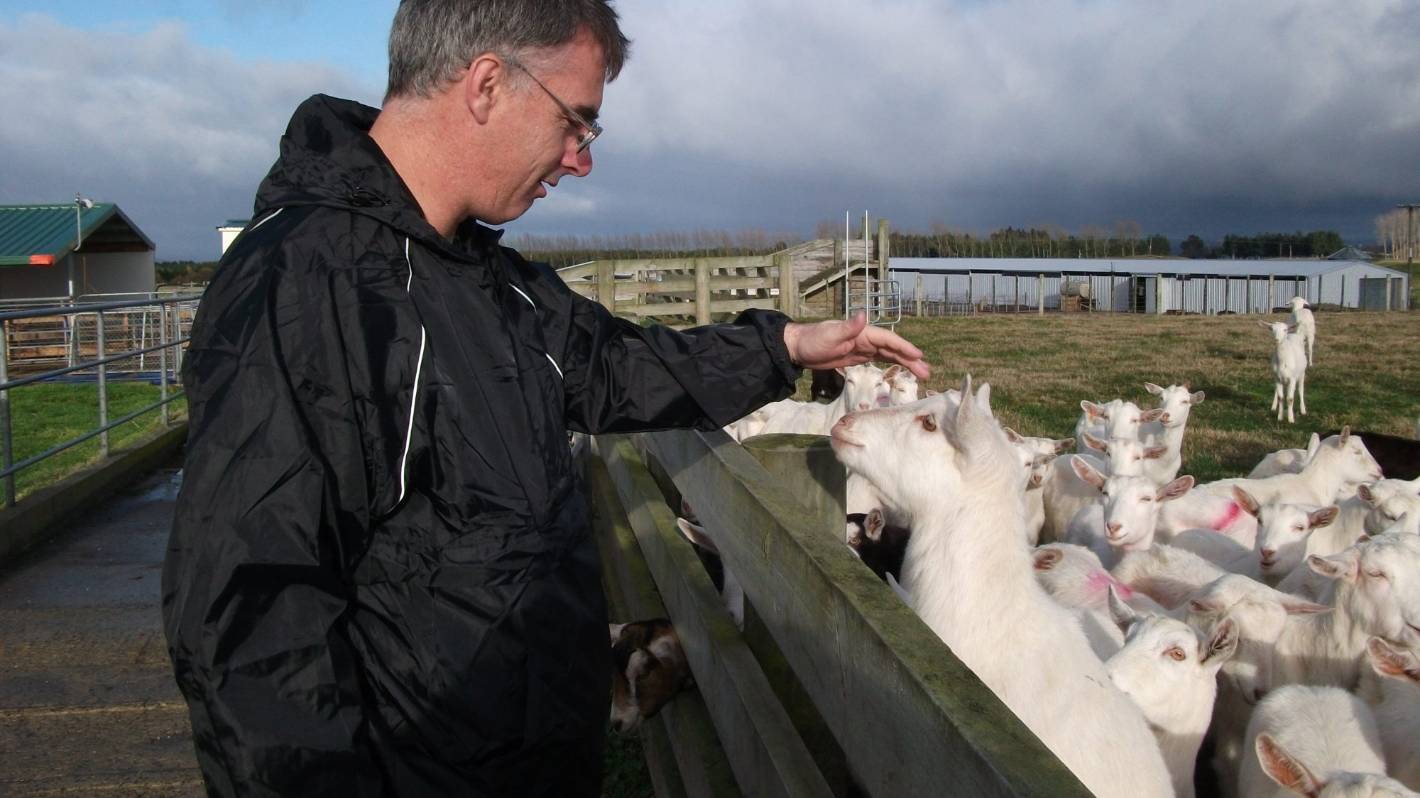 OPINION: The Grant family lost a chicken last weekend. The woman who has suffered for a long time puts the blame on an ermine. She found the dismembered corpse of the now deceased hen strewn in her henhouse.

Funny things, chickens. I had never given them much thought. They arrived, pre-packaged, in my burgers and sometimes disguised as nuggets. I knew there was a sentient creature behind my favorite protein source, but like my prostate-specific antigen level, this was something I preferred to ignore.

My winding journey towards animal rights awareness began about ten years ago on a goat farm in Kinloch. Goats, I have come to understand, don’t like the cold and Kinloch is one of the coldest dead ends on the North Island.

This explains why the farm had failed and was under my inexperienced management. When I arrived, as a receiver, to take over this chaotic operation, there were 1,500 of these trembling souls.

READ MORE:
* John Key is the man of yesterday
* Covid-19: the Prime Minister continues to use the term “elimination” is misleading
* Upholding the rights of the worst of us protects our rights for all
* The Wairarapa woman is a hunter, forager and one of our only Maori Wahine winemakers

Each morning the farm worker and I would take a tour and count those who had perished during the night.

Some had expired. Some needed the skill of the farm worker to move on. A staff member thought this was a great opportunity to try out his shotgun. At first, I didn’t think about it. Goats had no economic value.

But as I got to know these animals, it started to weigh on me. A goat is capable of complex thoughts. They remember things and people.

They wanted to live, take care of their young, and experience pleasure and pain. They are the end product of hundreds of millions of years of evolution and literally trillions of dead ends in nature’s ruthless trial and error process.

What could make someone want to smash their body with a piece of lead for a brief thrill of pleasure?

Luke Nola and his friends

Kea Kids News discovers the life of a most unusual parking attendant at the Newstead Country Preschool.

Hunting animals for sport strikes me as the activity of the soulless. I don’t even like fishing, although my son enjoys the sport. I calm down with the conviction that fish are little more than swimming plants and that they are incapable of feeling pain.

I hope it’s true. I suspect not.

But back to the goat farm. At one point in this month-long saga, the SPCA emerged; complete with a young veterinarian.

This serious young woman desperately wanted to do good and took it upon herself to euthanize a troubled goat.

After repeated attempts to find a vein and repeated requests to allow the farm worker to complete the task, I dragged the now very distressed animal away from the equally distressed vet.

She abandoned the farm. Letâ€™s hope that she does not give up her vocation. Still, I had the problem of how to extinguish the remaining herd. No one wanted to buy the malnourished creatures. Due to the absurdity of our animal welfare laws, it was illegal to transport most of them due to their emaciated condition.

Two animal control officers assisted us in this task. I will spare you, dear reader, the details, but it was a grim process and the goats, alert and alive until the end, went mad with fear. The scene plagued my dreams for months.

However, this is not the image that stuck with me. There were a small number deemed fit to make the trip to the works.

There was one, as she trotted happily up the ramp, looking left and right, wondering where she was and what was going on. It was this curiosity, this research, that lingered in my soul.

I remember this experience watching our waning brood of chickens pecking at our property.

For two years, we ordered four freshly hatched chicks to raise for the big school day, where the finest were caged, evaluated and hopefully awarded with a prize.

Of these eight, there are only three of us left. One went to explore at the neighbor’s house and came to a sticky end.

Another, as we have seen, perished under the clutches of a suspected stoat. Several went to the nearby forest for the summer and, inexplicably, one returned during the winter, only to be brutally pecked for a week before being re-admitted to the herd.

These animals, descendants of dinosaurs, roam our property, chasing insects, begging for grain in the morning, sometimes being driven away from their henhouse at night.

They are complex creatures, chickens, in a way that I hadn’t liked. They also produce an astonishing amount of poop.

A few years ago I read Homo Deus, by Yuval Noah Harari, who addressed this topic. Humans have selected and domesticated animals for their physical traits and ensured their survival, but: â€œFor animals and humans alike, agriculture changed the selection pressure overnight, but it did not change their physical, emotional and social impulses. The deep sensory and emotional structures of cows, pigs and humans have not changed much since the Stone Age.

Yet we house pigs in pens, tear their young from them and impose intolerable emotional pain and misery on them, all while ensuring their continued existence.

Anyone who owns a dog understands that domesticated animals experience much of the same emotional range as humans. Not in the same way, nor maybe in a way that we can understand, but we recognize the joy, fear and excitement in our fellow mammals, and in some cases it seems they do in us. .

None of these should be used to justify a vegan, or even vegetarian, lifestyle. It is no more immoral for us to eat a lamb than for a lion to do the same.

But as the only sentient creature on the planet to understand morality, we have a duty to these creatures we care for, for their good but also for our own humanity.

We cannot eliminate all the suffering of the animals we raise for their protein, but wherever possible we should not house them in pens, herd them on ships and lock them in tiny cages for the economic benefit. minors that such cruelty procures.

* Damien Grant is an Auckland based business owner. He writes from a libertarian perspective and is a member of the Taxpayers Union but not of a political party.