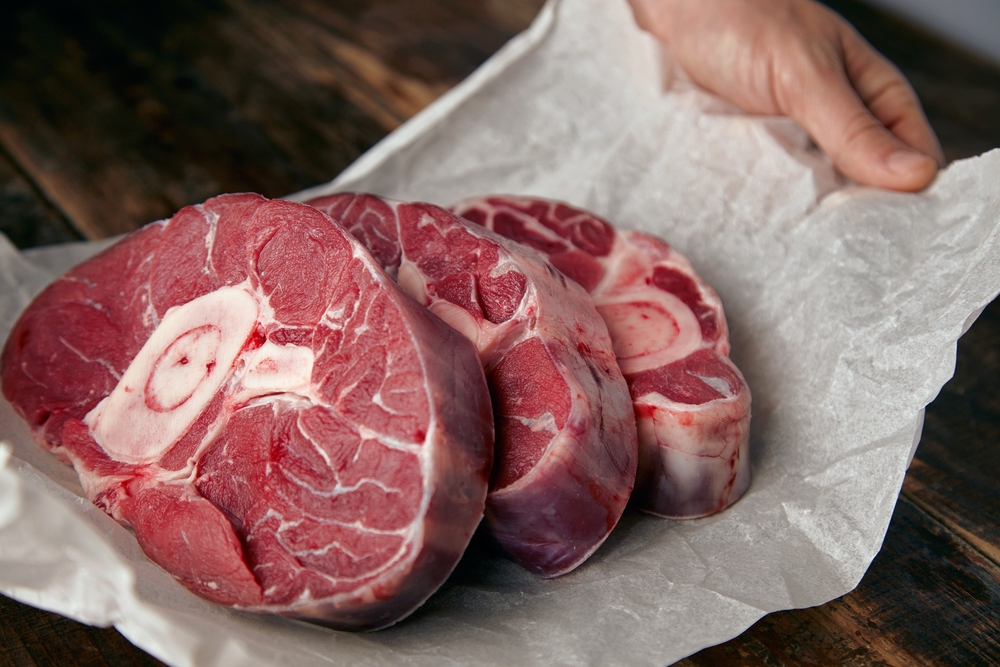 (July 6, 2021 / JNS) Many Americans spent their July 4th vacation at barbecues with family and friends. For observant Jews, this meant that many kosher hot dogs and burgers were grilled and eaten as the country’s 245th anniversary was celebrated in traditional style. But those who have been watching the news from Europe know that the possibility of getting kosher meat is something no one should take for granted.

Last December, the European Court of Justice, the highest court in the European Union, upheld Belgium’s ban on kosher slaughter. the decision was the latest episode in an ongoing war on kosher in Europe as Belgium joined with Denmark, Norway, Sweden, Slovenia and Iceland in banning the production of kosher meat. These countries agree that the Jewish ritual for slaughtering animals, as well as similar Muslim traditions for making meat halal, is cruel despite the fact that it was designed specifically to prevent cruelty to animals.

This decision goes against the protections of religious freedom in the constitution of the European Union. But the Luxembourg court ruled that when faced with the choice between protecting the rights of Jews and Muslims to observe their faith and defending the animal rights movement’s ideas on the welfare of livestock, the latter was allowed to prevail.

It’s hard not to view this decision in light of the rising tide of anti-Semitism sweeping the world, especially in Europe. This created a perfect storm of events in which the left and the right came together to ban a practice that is an integral part of Jewish life.

Indeed, the court viewed millennia of Jewish religious law on the subject with such contempt that a close examination of the decision reveals that the judges said Jews and Muslims should change their traditions in order to be accepted by European nations. In this case, it meant acceding to the demands of kashrut and halal criticism that an animal must be stunned with electricity before it is slaughtered, despite the strict prohibition of this in religious law.

Regardless of opinions on what constitutes and does not constitute cruelty to animals, disrespecting the rights of religious communities is dangerous, whether it is meant to be done in the name of animal welfare or with less excuse. defensible. The recent history of Europe is instructive of what happens when the practices and rights of religious minorities are singled out by those who think their beliefs are at odds with the values ​​of the majority.

As we approach the 21st century and move away from the memory of the Holocaust, the safeguards against Jewish hatred and Jewish delegitimization are no longer in place. This means that the future of kashrut across Europe, as well as other specific religious practices like male circumcision, are under siege.

Does this make sense to Americans?

At first glance, the answer should be “no”. Anti-cashmere and anti-circumcision activists in the United States are marginal forces.

But if you think that the only threat to the supply of kosher meat in your community are the forces of supply and demand, coupled with the various scandals that have plagued this industry throughout its existence, then you are wrong. . If there is no war on Kashrut in America worthy of the name outside of the battles sometimes fought by the various Kosher CAs against each other, there is a growing war on meat. At the same time, there is also a worrying judicial trend when it comes to freedom of religion which is also worth watching.

Last year, The New York Times published an anti-meat manifesto by novelist Jonathan Safran Foer. The writer, who is Jewish, is a leading voice of vegetarianism. He issued a demand that essentially called for using both government power and a shift in public opinion to essentially put the meat production industry – both kosher and non-kosher – out of business.

Unlike previous generations of meat critics, Foer and those who agree with him have seen the folly of trying to pit Americans who love to eat meat against those who prefer veggie-based foods, even if everyone knows that they are likely to be healthier. Since humans are genetically programmed to be omnivores rather than plant eaters, the former will always win each ballot hands down. Instead, contemporary meat opponents focus on fashionable issues and partisanship.

One element of the “Green New Deal” first advocated by Representative Alexandria Ocasio-Cortez (DN.Y.) was its goal of eliminating or reducing meat consumption. Rather than wondering if the meat eaters are committing suicide, they are now guilty of allegedly “killing” the planet – a charge that is generally easily accepted by Blue State voters when it comes to the industry, but not necessarily with regard to food. Yet the voices of those who advocate restrictions on meat production are louder and no longer drowned in ridicule.

It may take a leap of the imagination, but fueled by social media and pop culture advocacy against meat, trendy green advocates could eventually catch on. Perhaps few Jews wonder if those who make a living providing Americans with beef and lamb (as well as non-kosher meats) can be turned into the moral equivalent of the coal miners whose future is in danger. Even if that happened, US constitutional protections for religious freedom would surely protect kashrut from animal rights activists and those seeking to promote better health for humans and the planet by replicating European restrictions.

But don’t count on it. As a recent United States Supreme Court ruling indicated, religious freedom advocates are not calling the shots.

The decision in Fulton v. City from philadelphia was not about kashrut. But the debate over whether a Catholic adoption agency could be discriminated against by Philadelphia because of its religious beliefs hinged on whether the government could prioritize an idea that the community valued – in this case. , support for same-sex marriage – versus the right of believers not to be kicked out of the public eye because their faith dictated their opposition to this principle.

While the Catholic agency prevailed over one detail (the court ruled that the city could not grant other agencies exemptions from its rules while favoring Catholics for exclusion), the precedent set in the case of 1990 from Division of Employment v. Black-smith, has been confirmed, much to the dismay of some disappointed conservatives and religious freedom advocates. In Black-smith, the government reserves the right to require believers to observe laws which, while contrary to their faith, are still considered by the courts to be “reasonable”. In this case, it meant that the cause of stopping drug use outweighed the Native Americans’ right to smoke peyote as part of their faith. The current Supreme Court could have overturned that precedent and declared that freedom of religion, which is supposed to be protected by the First Amendment, cannot be curtailed to force believers to bow to what the majority thinks at any given time. However, he did not.

This means that if the national mood ever changes – whether swayed by anti-meat sentiment or the spread of anti-Semitism on American shores – as long as Black-smith is the law of the land and religious freedom is up to the majority, there is no guarantee that American courts will not follow in the footsteps of the European Union.

We’re not there yet, and hopefully never will be. But as we see in Europe, it would be a mistake to believe that powerful cultural forces armed by a rise in anti-Semitism – something that is already happening in the United States as the far right and more traditional leftists are united in their contempt for Jews – cannot one day endanger Jewish practices, whether in the name of animal rights or environmentalism. Until the courts agree to prioritize religious freedom, it can happen here too.