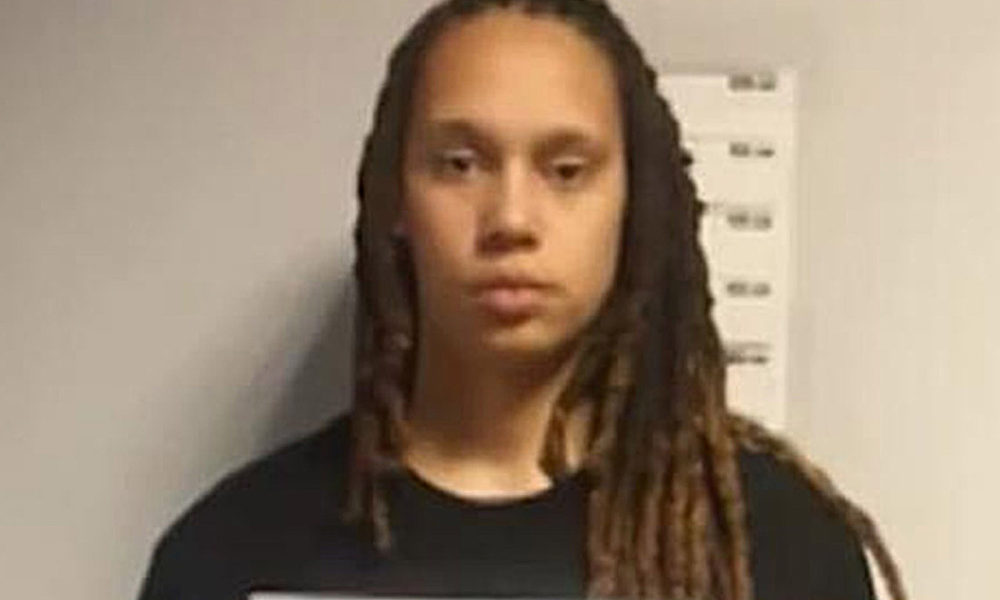 “I am proud to announce that Karine Jean-Pierre will be the next White House Press Secretary,” President Biden said in a statement released Thursday.

“Karine not only brings the experience, talent, and integrity needed for this difficult job, but she will continue to lead the way in communicating the work of the Biden-Harris administration on behalf of the American people. Jill and I know and respect Karine for a long time and she will be a strong voice that will speak for me and this administration.

“Jen Psaki set the standard for the return of decency, respect and decorum to the White House briefing room. I want to thank Jen for raising the bar, communicating directly and honestly with the American people, and keeping her sense of humor while doing it. I thank Jen for her service to the country and wish her the best as she moves forward.

Jean-Pierre was named to her first post in the Biden administration as Deputy White House Press Secretary under Psaki in November 2020.

Now, her place in history is marked by her elevation as the White House’s first black and lesbian press secretary.

The daughter of immigrant parents from Haiti, Jean-Pierre was born in Martinique and then grew up in Queens, a borough of New York. A lifelong activist and communications specialist, she holds a master’s degree in public affairs from Columbia University School of International and Public Affairs in New York, where she taught as an adjunct professor and international affairs lecturer. and public since 2014.

During President Barack Obama’s first term, she served as Regional Policy Director of the White House Office of Political Affairs.

Speaking to Advocate magazine in June 2011 Jean-Pierre reflected on his tenure in the Obama administration as an openly LGBT staffer.

“What was wonderful was that I wasn’t the only one; I was one of many. President Obama didn’t hire LGBT staff, he hired experienced people who happen to be LGBT,” she says. “Serving and working for President Obama where you can be openly gay has been an incredible honor. It was amazing to be part of an administration that prioritized LGBT issues.

In 2016, after her time in the White House, Jean-Pierre served as Senior Advisor and National Spokesperson for Washington D.C.-based MoveOn, a progressive nonprofit public policy advocacy group and political action committee. . Her primary portfolio at the nonprofit focused on President Trump’s rhetoric and platform of hate, violence, racism, immigrant-bashing, and women-bashing.

Jean-Pierre received national recognition after an incident on June 1, 2019, at the MoveOn Big Ideas forum she hosted in San Francisco, when Aidan Cook, 24, a member of animal rights organization Direct Action Everywhere (DxE), rushed to the stage grabbing the microphone from US Senator from California Kamala Harris. The senator was running for the 2020 Democratic presidential nomination at the time of the incident.

Jean-Pierre, who had come between Cook and the senator after taking the microphone, held the activist away from Harris until security arrived and removed him. At the time of the incident, Harris, like most other candidates in the early stages of the primary process, did not have a US Secret Service detail for protection.

Jean-Pierre joined the Biden-Harris campaign in May 2020, then accepted the position of Senator Harris’ chief of staff in August. Interview with NBC News reporter Tim Fitzsimons; “The sun was setting and the lights were getting a lot bigger,” she said, referring to late June 2015 when she saw the White House lit up in rainbow colors to mark the landmark Supreme Court decision Obergefell v. Hodges who legalized gay marriage. at national scale. “People had signs and people were crying, and there was so much joy.”

“I remember thinking how proud I was of this administration, of having worked for this,” Jean-Pierre said. “It really brought home, at this very moment, how important LGBTQ rights were and how hard this administration has fought for our rights.”

She told NBC News at the time that if elected, Biden and Harris would “continue the work that Joe Biden and Obama have done” in supporting LGBTQ rights and “continuing to advance policy that protects the community.” “.

“Karine Jean-Pierre is a brilliant communicator and a person of tremendous intelligence, humor and composure, skills that will serve her and our country very well in her new role. There are few jobs more visible or more important to our democracy than sharing information with the White House press and answering their questions. Having a queer person of color speaking on behalf of the President of the United States speaks volumes about Karine’s talent and heart, and recognizes that LGBTQ people can belong, contribute and succeed in every room. Our entire community looks forward to seeing Karine deliver for our nation and represent every LGBTQ person with pride.

Thank you@POTUSand @FLOTUS for this opportunity. It’s a real honor. I look forward to serving this administration and the American people. I have big shoes to fill. @PressSec was a great friend, a mentor and an excellent publicist. pic.twitter.com/1knmbe2Nxq