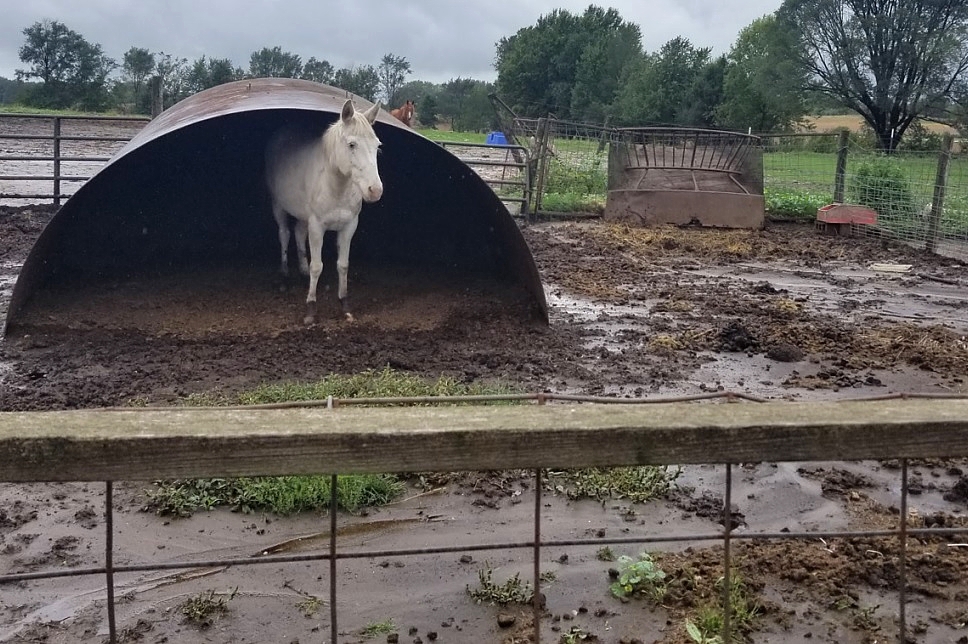 Owners of the closed Cricket Hollow Zoo in eastern Iowa are hoping to avoid jail time and a hefty financial penalty for contempt of court.

Earlier this year, the Iowa Supreme Court rejected efforts by zoo owners Pamela and Thomas Sellner to overturn a judge’s finding that they were in contempt for refusing a court order to release the animals at their roadside attraction in Manchester.

The contempt ruling asks the Sellners to pay a $70,000 fine. If payments are not made for the fine, the Sellners will have to serve a one-day jail sentence for each animal that was not recovered from their zoo, for a total of 140 days.

With their appeals exhausted, the Sellners recently filed a motion with the court, asking the judge hearing the case to change a payment plan related to the fine or let them serve their jail time at home.

The couple argues that, like many farmers, they “are asset-rich but cash-poor,” and having to pay $1,000 a month for the contempt fine “would cause significant hardship on their farm as well as ‘to their daily expenses’.

The alternative to paying the fine – jail time – would be to “leave their farm without anyone to tend the livestock and crops”, they state in their motion. The fine would also leave them “destitute and in financial ruin”, they add, and they propose that the monthly payments be lowered to $100 per month.

If the court chooses to keep the monthly payments at $1,000, the Sellners argue, they should be allowed to waive any payments and serve the jail term ordered at home while under house arrest.

The Animal Legal Defense Fund, which helped initiate the civil case that resulted in the closure of Cricket Hollow Zoo, opposes the idea.

“The Sellners are doing it again,” say ALDF lawyers in formal resistance to the Sellners’ motion. They argue the couple have provided no evidence that monthly payments of $1,000 would create hardship and they say house arrest “would not be a punishment at all” for contempt.

“After all, house arrest would mean allowing the Sellners to serve their sentence in the same place where they horribly abused hundreds of animals for years, deliberately disobeyed this court’s restraining order and where they are already spending much of their time,” the ALDF lawyers said. Argue.

The court has yet to rule on the Sellners’ motion. At a hearing last week, Pamela Sellner argued that five bears and two cougars she refused to hand over in December 2019 were now in a wildlife sanctuary and that contempt concluded against her and her husband. therefore had to be purged.

The ALDF argues otherwise and says the couple’s own records show the animals currently at the sanctuary are not the same ones the court tried to remove from Cricket Hollow Zoo in 2019.

In addition to the contempt penalty, sellers may face even greater financial liability.

In December 2019, after losing the court battle to keep the zoo open, the ALDF and other plaintiffs who brought the case asked the court to award them attorneys’ fees of $539,800, plus expenses. related to the movement of animals from the zoo, all of which must be paid for by the vendors. The court has not yet ruled on this request.

If all of those fees and costs are approved by the court and assessed by the Sellners, the couple would be looking at liability of nearly $691,000.

The contempt of court case stems from a finding that the Sellners falsified records and deliberately defied a 2019 court order ordering them to relinquish custody of all animals in their care.

This 2019 order grew out of ALDF lawsuits from 2016 alleging numerous violations of Iowa’s animal neglect laws. A judge eventually ruled against the Sellners and effectively ordered the zoo closed with many animals to be moved to wildlife sanctuaries in other states.

But when animal rescue organizations arrived at the East Iowa Zoo, they discovered that many animals were missing, hidden, dead or sold. This triggered contempt of court proceedings before Iowa District Court Judge Monica Zrinyi Ackley.

In ruling last fall that the Sellners were in contempt, the judge wrote that the couple’s animal abuse at the zoo was orchestrated and intentional, and that they “knew what they had to do to comply” with its 2019 order but instead chose to take “deliberate action” in defiance of that order.